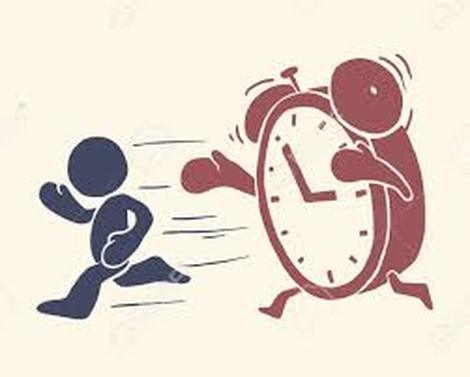 I thought it would be nice to share a recent opinion on the market from Jeffrey Saut, Chief Investment Strategist at Raymond James.

“Time is the Archimedes’ lever of investing. Archimedes is often quoted as saying, “Give me a place to stand and a lever long enough, and I shall move the earth.” ​
​In investing, that lever is time. The length of time investments will be held, the period of time over which investment results will be measured and judged, is the single most powerful factor in any investment program. If time is short, the highest return investments – the ones an investor naturally most wants to own – will be undesirable, and the wise investor will avoid them. But if the time period for investing is abundantly long, the wise investor can commit without great anxiety to investments that appear in the short run to be very risky.  Given enough time, investments that might otherwise seem unattractive often become highly desirable. Time transforms investments from least attractive to most attractive – and vice versa – because, while the average expected rate of return is not at all affected by time, the range or distribution of actual returns around the expected average is very greatly affected by time. The longer the time period over which investments are held, the closer the actual returns in a portfolio will come to the expected average. The following table shows the compounding effect on $1.00 invested at different compound rates compounded over different periods of time. It’s well worth careful study – particularly to see how powerful time is. That’s why time is the “Archimedes’ lever” of investment management.

​When asked what he considered man’s greatest discovery, Albert Einstein replied without hesitation: “Compound interest!” But compound interest is ignored in most bull markets. For instance, the late-1990s, the bulls said compounding dividends  doesn’t matter. Nobody wants to pay double taxes on ‘em, and that old bear growl about the markets being vulnerable when the yield on the S&P 500 drops below 3% hadn’t been valid for years (the same can be said from the 2009 lows). So who cares if the current yield is only roughly 2.0%? Well, we happen to think dividends are very important. Indeed, historically, a major percentage of the return on stocks has come from dividends.

How much? Of the ~10.4% compounded annual return generated by stocks in the S&P 500 since 1926, nearly “half” has come from dividends, according to Ibbotson Associates. Their studies show that, over the long term, stock prices have risen at an annual pace of less than 7% with most of the rest of the returns coming from compounding reinvested dividends. Now the more popular index with the public, and the financial media, is the Dow Jones Industrial Average (INDU/18085.45), which also shows a yield of roughly 2.0%. Year-to-date from December 31, 2015 close, up until last Friday’s Flop, the Dow has gained some 6%. Historically, the INDU has also averaged a little over 10% total return annually. Most of the time, however, the INDU showed a 4% to 5% dividend yield, with price appreciation making up the 5% or so of the difference of that 10% annual total return. Accordingly, if you only have a current 2.0% yield, that means you have to get an 8.0% annual price appreciation. Now, if the Dow 30 have already scored a ~6% return for the year, combined with a dividend yield of ~2%, that implies we should expect a mere 2.0% appreciation into year’s end. We actually think the gains will be greater than that as this bull market transitions from an interest rate-driven to an earnings-driven bull market. But, “This time it’s different” say many pundits. Capital gains will more than make up for the compounded annual returns from dividends. Well, when dividends and the magic of compounding are ignored, those pundits have to be counting exclusively on a capital gain and the assumption that they can predict tomorrow. Now predicting tomorrow is virtually impossible unless you are ______. Well you can fill in the blank after you read the following story from Connie Bruck’s book, Masters of the Game: Steve Ross and the Creation of Time Warner, about the now deceased Steve Ross, the former head of Time Warner:

In February 1962, just a month before Kinney Services (the predecessor to Warner Bros.) went public, its Riverside funeral chapel division had contracted to purchase a location on Broadway, which it intended to convert to a new funeral chapel. Shortly afterwards, it was announced that Lincoln Center was to be constructed just across the street from the projected Riverside chapel. As Ross would later tell the story, he instantly realized that this would be an opportunity to make money. Before long, he received a call from Governor Nelson Rockefeller, who asked if he was thinking of building a funeral chapel across from Lincoln Center. When Ross assented, Rockefeller asked if Ross had received approval from the zoning commission. Ross said he had. Rockefeller then said, “Have you checked that?” Ross said, “Yes.” And then Rockefeller said, “No, I mean have you checked that tomorrow?!”

That story kind of reminds me of the FBI’s “data dump” the Friday before the Labor Day weekend, “Have you checked that tomorrow?” We actually have and think a mid/late-September swoon in the equity markets is for buying. The next few weeks will tell, so stayed tuned.”


The Dow Jones Industrial Average (DJIA), commonly known as “The Dow”is an index representing 30 stock of companies maintained and reviewed by the editors of the Wall Street Journal. Inclusion of these indexes is for illustrative purposes only. Keep in mind that individuals cannot invest directly in any index, and index performance does not include transaction costs or other fees, which will affect actual investment performance. Individual investor’s results will vary. Past performance does not guarantee future results. The S&P 500 is an unmanaged index of 500 widely held stocks that is generally considered representative of the U.S. stock market.

The information contained in this report does not purport to be a complete description of the securities, markets, or developments referred to in this material. There is no assurance any of the trends mentioned will continue or forecasts will occur. The information has been obtained from sources considered to be reliable, but we do not guarantee that the foregoing material is accurate or complete. Any information is not a complete summary or statement of all available data necessary for making an investment decision and does not constitute a recommendation. Any opinions are those of Thomas Fleishel and not necessarily those of RJFS or Raymond James. Dividends are not guaranteed and must be authorized by the company’s board of directors. Holding investments for the long term does not insure a profitable outcome. Investing involves risk and you may incur a profit or loss regardless of strategy selected.