Should Couples Keep Their Finances Separate

Should Couples Keep Their Finances Separate 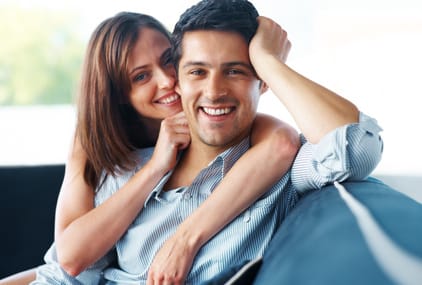 Money has been blamed time and again in studies and by experts as a big source of marital conflict and divorce—even in households where there’s abundance.

Part of the problem is that many people have deep convictions about the purpose of money and how it should be used, and their beliefs don’t always match up with those of a partner. In other cases, money becomes an issue of control—perhaps because one spouse significantly out-earns the other or is the only one working outside of the home.
​
Given the fact that money is such a hot-button issue in relationships, one can’t help but wonder: Are married couples better off keeping at least some of their finances separate?
​

​On one side are those who say many couples need separate bank accounts to maintain harmony in their relationship. They believe that if each spouse has complete control over a certain portion of family funds, they will be less likely to engage in the kinds of petty money fights that tear couples apart. They argue that when a “spender” marries a “saver”, separate accounts allow the saver to save and the spender to do so without guilt or anxiety about splurges.  I contend that this only opens the floodgate for more blame and finger pointing if their financial condition deteriorates as the spender selfishly binges while the saver’s account is the only one supporting their financial future.

I’m in the camp that believes having separate accounts simply opens the door to selfishness. Spouses have to put the “team” before themselves, and one of the best ways to do that is for couples to combine all of their assets and liabilities.  Having separate “allowances” may avoid money spats on some level, but the opportunity still exists for spouses to resent what the other is doing with his or her funds. The reality is, married couples who separate their finances usually do so because they cannot fundamentally agree on how the family funds should be spent, a prelude to marital problems yet to come.

The arrival of children can add a new level of complexity for couples with separate finances. But if both spouses are happy with the way they handle their expenses, deciding on how kid’s expenses are handled shouldn’t be a problem.

Communication is key. Couples need to set of ground rules, such as no new credit-card debt and a dollar amount that can’t be spent without a spouse’s input—say, buying a new car. For even seemingly insignificant issues like agreeing on hobby expenses for each can save many a squabble.  One way to compromise on the separate accounts is to each have an agreed upon “allowance” account for spending on whatever they wish like hobbies, toys or recreation expenses.

Having joint accounts hasn’t been the source of stress or contempt that “separate-finance apologists” might argue. Instead, it has forced us to overcome small issues and brought us closer together. The fact that we pool all of our resources has kept us accountable to each other, and in turn, to the goals we’ve decided on as a family.