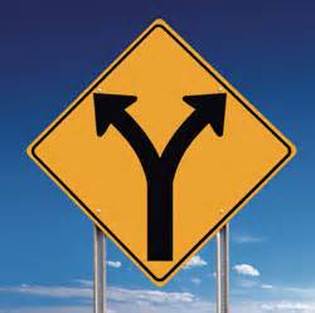 In the history of these United States, I believe there has never been a more a fundamental pivotal juncture of opposing future paths.  Never before has there been such a clear delineation of ideals, such divergent world views. On the one hand, we can choose the path of more government intrusion into our lives, jeopardizing the freedoms we have enjoyed over the last 240 years.  That side has government officials wanting to tell us how and what we need to think, whose tax and spend policies are recklessly borrowing from successive generations.  This leads to dependency on a make-believe benevolent government with ballooning national debt, plunging us into a nation of entitled whiners with both hands out, obstructing self-initiative.  It views those most productive, job producing entrepreneurs as owing the less productive members of society by means of “wealth re-distribution.” It aspires to transfer the power from the individual to the collective “all- knowing” government. It’s afraid to lead though because it might infringe upon the politically correct and might get ahead of public opinion which could be in conflict with its next run for office.
The opposing view, realizes that unconstrained individual freedoms perpetuates creativity, increases productivity and ingenuity.  A less restrictive tax policy allows businesses to expand, hire more employees and generate actually more tax revenue as they grow.  This view allows the courts only to interpret and rule on the laws on the books vs. make new laws up as they deem the populous might approve.  It leads boldly without regard for public opinion in certain circumstances where courage to make the right choices is demanded.

Thomas Jefferson warned of so many of the issues we’re facing as a nation in uncanny prescience from the perspective of a time where no one could have imagined the degradation of ideals that our forefathers so boldly originated….

On Government control,  “Our country is now taking so steady a course as to show by what road it will pass to destruction, to wit: by consolidation of power first, and then corruption, its necessary consequence.”

Regarding the power of the individual: “Every government degenerates when trusted to the rulers of the people alone. The people themselves are its only safe depositories.”

On the Supreme Court: “Experience hath shewn, that even under the best forms of government those entrusted with power have, in time, and by slow operations, perverted it into tyranny.”
(The Supreme Court has turned our traditional values on their head with their views of interpreting the law based on the court of public opinion, even of a minority opinion).

On our national debt: “We may consider each generation as a distinct nation, with a right, by the will of its majority, to bind themselves, but none to bind the succeeding generation, more than the inhabitants of another country.  It is incumbent on every generation to pay its own debts as it goes. A principle which if acted on would save one-half the wars of the world.”

On taxation: “To compel a man to furnish funds for the propagation of ideas he disbelieves and abhors is sinful and tyrannical.  A wise and frugal government, which shall restrain men from injuring one another, shall leave them otherwise free to regulate their own pursuits of industry and improvement, and shall not take from the mouth of labor the bread it has earned.”

On government assistance and welfare programs: “Dependence begets subservience and venality, suffocates the germ of virtue, and prepares fit tools for the designs of ambition. If we can but prevent the government from wasting the labours of the people, under the pretence of taking care of them, they must become happy.”

On News Media and Free Press:  “Were it left to me to decide whether we should have a government without newspapers, or newspapers without a government, I should not hesitate a moment to prefer the latter.”

On Gun Control: “In defense of our persons and properties under actual violation, we took up arms. When that violence shall be removed, when hostilities shall cease on the part of the aggressors, hostilities shall cease on our part also. The constitutions of most of our States assert that all power is inherent in the people; that… it is their right and duty to be at all times armed.”

On national defense (our war on ISIS): “It is our duty still to endeavor to avoid war; but if it shall actually take place, no matter by whom brought on, we must defend ourselves. If our house be on fire, without inquiring whether it was fired from within or without, we must try to extinguish it.” For a people who are free, and who mean to remain so, a well-organized and armed militia is their best security.