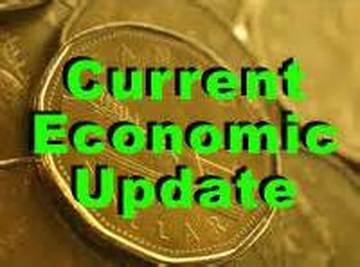 The current economic expansion doesn’t look too bad “for its age”, which by October, 2016 The US economy has been growing for the last 87months (i.e., no recession), an expansion exceeded in length only 3 times since 1900 (source: National Bureau of Economic Research).
​For fiscal year 2016 (the 12 months that ended 9/30/16) the United States had a $587 billion budget deficit. During fiscal year 2016, the United States increased its national debt by $1.423 trillion to $19.573 trillion (source: Treasury Department).

Consumer sentiment: Gas, home, stock prices and unemployment explain about 80% of consumer sentiment.  US consumers have benefitted from continued strong employment gains, modest wage growth, low mortgage rates, and rising wealth (a result of high home prices and a buoyant stock market). But the gap between rich and poor is rising, so people are feeling left behind.  According to David Kelly, Chief Economist with J.P. Morgan, “People are consuming news differently as well, not as many people are watching the nightly news, which might not seem like a big deal, but it gives you a general consensus of the economy from the major news networks, now their news is more curated towards their desires, and more likely to feed their own biases.”  He also lamented that “Never have so many saved so much for so little return” as indicated by the huge build -up of cash money supply now almost 70% of nominal GDP with the long term average at 53.7%.   I suppose more and more folks are frozen with fear on the uncertainty of the investing environment.

Unemployment: At only 4.9% unemployment as of August, 2016, there is an EXTREMELY tight labor market. But there is still a large number of long term unemployed. While at the same time, wage growth has increased a paltry 2.5% compared to 4.2% for the 25 year average. At this point, we’re almost out of employable workers.

That darned election: As fare as the election goes, Dr. Kelly doesn’t anticipate major policy changes if either party gets elected. He feels a Trump victory would cause more volatility because it would be a change of the status quo. However, the prospect of less regulation and lower taxes could help the economy recover faster. Nanette Jacobson of Wellington Asset Management opines that markets would prefer a Clinton presidency, given that she is more in favor of immigration and global trade.

Europe and Emerging Markets: Dr. Kelly feels attractive pricing opportunities exist in Europe and EM where there is room to better labor market. Even with a recent run up, emerging markets still are cheap relative to history.  Ms. Jacobson feels “financial conditions remain loose around the world as credit spreads are tight and short-term interest rates are low. However, the picture is not perfect. Manufacturing is still sluggish and economic-surprise indexes have fallen in the last few months. The initial economic shock from Brexit was felt sharply in the UK as purchasing managers’ indexes fell to recessionary levels and business confidence plunged. The reaction from the rest of Europe was much more muted, and even in the UK data has recovered as quickly as it fell.”

Interest Rates: This modest-growth picture supports her view “that the US Federal Reserve (Fed) will hike rates once this year, most likely after election uncertainty dissipates, but that the path of Fed hikes will be shallow enough to avoid a detrimental impact on the US economy.” According to the FOMC year- end estimates, the Fed Funds rate could be at 1.88% from the current .63% by the end of 2017.  (Source: Federal Reserve).

Despite all the uncertainty, (which is really the new (old) normal, we don’t expect the fundamentals on which our economy operates will be altered, long term investors should remain long-term investors.  Since we cannot predict the future, worrying about it doesn’t help, so having the right diversification and allocations in your portfolio is the most important issue.

The information contained in this report does not purport to be a complete description of the securities, markets, or developments referred to in this material. There is no assurance any of the trends mentioned will continue or forecasts will occur. The information has been obtained from sources considered to be reliable, but we do not guarantee that the foregoing material is accurate or complete. Any information is not a complete summary or statement of all available data necessary for making an investment decision and does not constitute a recommendation. Any opinions are those of the author and not necessarily those of Raymond James.

Investing involves risk and you may incur a profit or loss regardless of strategy selected. Diversification and asset allocation do not ensure a profit or protect against a loss. Holding investments for the long term does not insure a profitable outcome. International investing involves additional risks such as currency fluctuations, differing financial accounting standards, and possible political and economic instability. These risks are greater in emerging markets. Inclusion of these indexes is for illustrative purposes only. Keep in mind that individuals cannot invest directly in any index, and index performance does not include transaction costs or other fees, which will affect actual investment performance. Individual investor’s results will vary. Past performance does not guarantee future results. The S&P 500 is an unmanaged index of 500 widely held stocks that is generally considered representative of the U.S. stock market.