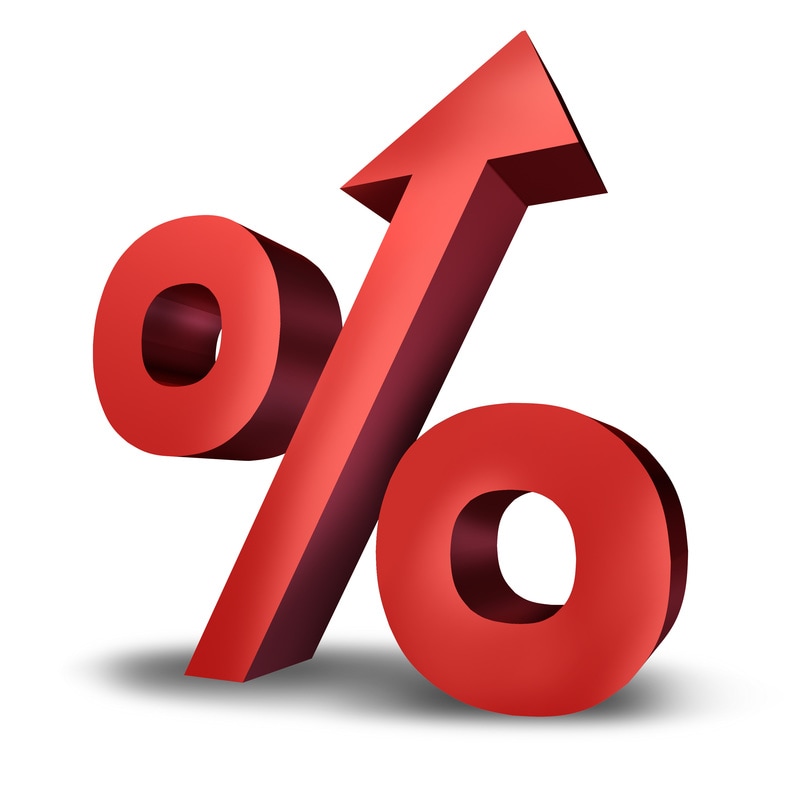 At its March 15 meeting, the Federal Open Market Committee did what many expected: raised the target federal funds rate to between 0.75% and 1%. The 25-basis-point increase was in line with market expectations and reflected “the economy’s continued progress toward the employment and price stability objectives,” according to Federal Reserve (Fed) Chair Janet Yellen. The central bankers last raised rates three months ago at their mid-December meeting.
​
This is only the third time since the financial crisis, and looks like they’re poised for more rate hikes. Falling volatility in the bond market leading after the run up to the decision seems to demonstrate investor confidence in the strength of the U.S. economy.

A recent report from the Blackrock Investment Institute indicated that “Rising expectations around a March hike were greeted with a fall, not a rise in bond market volatility. This contrasted with prior, post-crisis episodes when a mere mention of reduced central bank support could send markets in a frenzy. This is a telling indicator of market confidence in the strength of the U.S. economy, we believe. Indeed, recent economic data confirm largely improving conditions and U.S. inflation (both core and headline) appears to be nearing the Fed’s stated 2% target.”

It should be noted that senior Fed officials’ projections of growth, unemployment and inflation over the next few years didn’t change much from December. And, only a few Fed officials raised their expected year-end rate targets for 2017 and 2018. Future Fed policy actions will be data-dependent, with a focus on the job market and the inflation outlook. The domestic equity markets were expecting a more aggressive stance on raising rates, but equity investors seem to prefer the gradual move toward normalization of fiscal policy. The measured comments from the Fed helped extend recent gains for all three major stock indices.

The decision to raise short-term interest rates is not necessarily bad news for investors, Raymond James Chief Economist Scott Brown explains. It reflects an improved economic outlook. The latest employment report, for example, showed an uptick in construction and manufacturing jobs, a sign of strengthening business investment. Even with the rate increase, monetary policy remains accommodative. Consumer and business borrowing costs may rise moderately, but the economy is expected to strengthen further over the course of 2017.

Some bond categories are more vulnerable to interest rate risk in rising rate environments. For example, for every 1 percent rise in interest rates, a ten year treasury bill (currently paying 2.41%) can drop 8.6% in value according to a report by JP Morgan Asset Management.  In light of this, having a flexible bond, dividend and global strategy should help navigate this new market condition.  While these expectations around rising rates would suggest shorter bond maturities and duration, yet short duration bonds may be more impacted from rising rates so, more we’re engaging more nimble fixed income strategies where managers can make appropriate adjustments to the changing rate environment.

Investing involves risk, and investors may incur a profit or a loss. Past performance is not an indication of future results and there is no assurance that any of the forecasts mentioned will occur. Asset allocation and diversification do not guarantee a profit nor protect against a loss. There is an inverse relationship between interest rate movements and bond prices. Generally, when interest rates rise, bond prices fall and when interest rates fall, bond prices generally rise.

Views expressed in this newsletter are the current opinion of Thomas Fleishel but not necessarily those of Raymond James Financial Services. The author’s opinions are subject to change without notice. Information contained in this report was received from sources believed to be reliable, but accuracy is not guaranteed. No investment strategy can guarantee success.