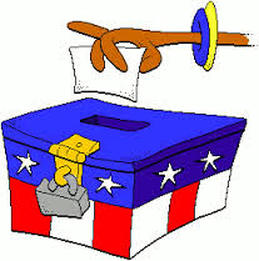 Many investors believe Republican presidents mean better investment performance. However, the president—and the president’s party affiliation—have less to do with market performance than you might expect.
​
In an election year, you don’t have to go far to hear who has a better plan for the nation’s future. Presidential candidates make their cases on the national stage while their supporters do the same around the office water cooler. In short, it’s likely you’ll be hearing someone’s take on why so-and-so is the only man or woman for the job because of their economic chops.

But as strong as those emotions and beliefs may be, they may not be accurate. To get a better picture of where investors stood as the 2016 race ramped up in autumn 2015, Hartford Funds surveyed investors about the upcoming presidential election.1 Two of the questions revolved around whether they thought presidents influence stock market performance, and whether a Democratic or Republican president would be better for their investments.

In response, a majority of investors (87%) said the president has some level of influence on markets, and nearly half (43%) thought a Republican president is better for markets.1 However, those expectations don’t add up with historical data.

In fact, average annual returns for the last 55 years show that markets have produced stronger returns under Democratic presidents, 13.29%, versus Republicans’ 8.71%.

But unlike the gap between each party’s differing views on policy, there is a common thread in these historical returns: both parties have generated positives returns over the long term.

This is important to note because it’s human nature to process events and rationalize outcomes to understand them. For investors, that often means giving credit or assigning blame to someone in a position of power, such as the president, for the market’s progress.

But in reality, politics have very little to do with the direction stocks move. We’ve identified four factors, such as interest rates and employment, that affect the economy, but you won’t find the president or congress on that list.

That’s why over the course of the last few decades, stocks have trended upward despite scandals, political party, and a mix of both national triumphs and disasters. For example, $10,000 invested in 1961 would have grown to more than $1.8 million by 2015.2 With such a broadly upward trend, it’s difficult to define causation or correlation to any particular individual, no matter how tempting it may be.
​
In short, like the separation of powers in our government that prevent abuse of power, it’s wise to not let incorrect political assumptions drive investment decisions this election year.

The S&P 500 Index is a composite of 500 leading companies in the United States.

Past performance is not indicative of future results. The performance shown above is index performance and is not representative of any fund’s performance. Indices are unmanaged and not available for direct investment. For illustrative purposes only.

The foregoing information has been obtained from sources considered to be reliable, but we do not guarantee that it is accurate or complete, it is not a statement of all available data necessary for making an investment decision, and it does not constitute a recommendation. Any opinions are those of Thomas Fleishel and not necessarily those of Raymond James.