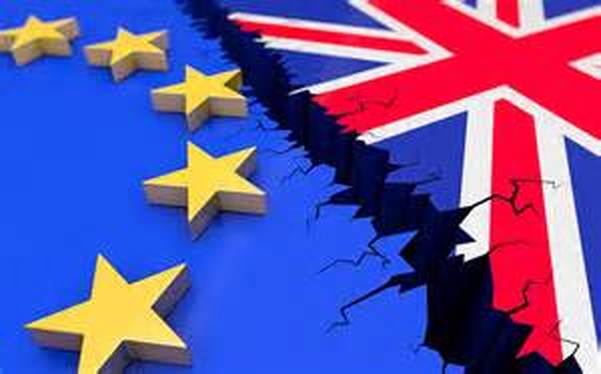 The news on this geo-political event called Brexit is flooding the airwaves by the media fanning the flames and feeding the fear frenzy.  In deciphering all the of the hype, here’s a few key points that should help us keep a calm perspective on the events that have unfolded and what we might expect.
​
In a national referendum in the United Kingdom (UK) with 77% of the voters participating, the vote was 52% to 48% to leave the European Union (EU).  The political consequences of the referendum will take time to work themselves out. The Lisbon Treaty, which governs membership of the EU, states that once a country has formally declared it wants to leave, it must negotiate its terms of departure with the other 27 member states.

In order to leave the EU, the British government needs to trigger Article 50 of the Lisbon Treaty, which will require parliamentary approval. Triggering Article 50 would put the UK on a two year countdown to exit. However, it’s not in the country’s interests to do this quickly—even if the rest of the EU might want it to depart from the union swiftly.  BlackRock Asset Management expects “the UK divorce to be messy, drawn out and costly. It involves unpacking UK and EU laws, and striking trade deals with a spurned EU and the rest of the world.  So, the departure process could last for up to two years—and potentially much longer.”**

The Brexit vote creates political and economic uncertainty across Europe.  Most asset managers expect an economic slowdown in the United Kingdom as industrial and consumer spending slows.

However, many of the largest companies in UK generate their earnings globally and are not solely exposed to the UK domestic economy or the euro area.

The direct impact of Brexit beyond the UK’s borders is anticipated to be small so the reaction of financial markets will be crucial.  Brexit has always been a “known” unknown for which central banks have had a long time to prepare. Ultimately, market turbulence is likely to subside, however it could move things toward easier monetary policy in several countries and help keep global interest rates “lower for longer.”

Blackrock also predicts a weaker Euro over time and pressure on European shares, credit and bonds such as Italian government debt due to likely European job losses and lower growth. They expect limited pressure on government budgets, however, as high-quality government bonds are in demand in a low-rate world.**

The magnitude and volatility of the British pound’s fall will likely dictate further responses. The UK central bank could possibly cut its 0.5% policy interest rate to zero soon, and see it returning to quantitative easing rather than pushing rates into negative territory. This could lead to credit rating agencies to adopt negative outlooks for UK government bonds, with downgrades to follow.

While the vote could lead to declines in global shares and other risk assets, indiscriminate selling, as normal, could translate into  buying opportunities. U.S. and Asia markets are only marginally affected by the UK’s exit from the EU, and are supported by a mix of easy monetary policy and economic growth.

Looking back, periods of extended smooth sailing global markets are actually quite rare. In 1987 there was a global stock market crash.  I remember experiencing that October 19 crash my first year in grad school studying for my MBA.  It was deemed the “sky is falling” event of the decade.  In fact, the Hong Kong market was hit so hard that it was closed for days before it regrouped and reopened. In the early ‘90s there was the first Gulf War, followed by Latin America’s “Tequila Crisis” in 1994. The next couple of years were fairly quiet, but then came the Asian Crisis in 1997, followed by a full-blown panic in most emerging markets by mid-1998. Asia began to slowly recover in 1999, but then in 2000, the tech bubble popped and 2001 brought the terrorist attacks of 9/11.

Especially since the financial crisis of 2008-2009, investors have been distracted by various worldwide circumstances including deflation in Japan; the state of global banks; financial instability in Greece, Cyprus and the European Union; and the challenges facing the BRIC economies (Brazil, Russia, India and China). These investor distractions have resulted in a nagging pre-occupation with fear that has depressed stock market valuations while inflating valuations in investments deemed as “safe” like cash and other fixed income instruments.

Despite the inevitable short-term market volatility cycles, history has shown that the longer you hold your investments, the more potential they have for growth and the more stable they can become.  According to a study by Morningstar, a $10,000 investment in the Standard & Poor’s 500 index in January of 1990 would have grown to $100,000 by the end of 2014. * It’s a marathon not a sprint.


* Source Morningstar Inc. IA SBBI S&P 500 Total Return Index monthly returns.  Assumptions: one-time investment of $10,000 on January 1, 1990 in the S&P Index.  Indexes are unmanaged and cannot be invested in directly. Past performance is no guarantee of future results.

** Source Blackrock Bulletin views from our Strategists and Portfolio Teams.  UK Vote: Out of Europe  June 24, 2016
​
Any opinions are those of your advisor and not necessarily those of RJFS or Raymond James. Expressions of opinion
are as of this date and are subject to change without notice. The information contained in this report does not purport to
be a complete description of the securities, markets, or developments referred to in this material. The information has
been obtained from sources considered to be reliable, but we do not guarantee that the foregoing material is accurate or
complete. Any information is not a complete summary or statement of all available data necessary for making an
investment decision and does not constitute a recommendation